Ticks Are Early, Abundant, And Urban This Year: How To Protect Yourself And Your Kids and Dogs 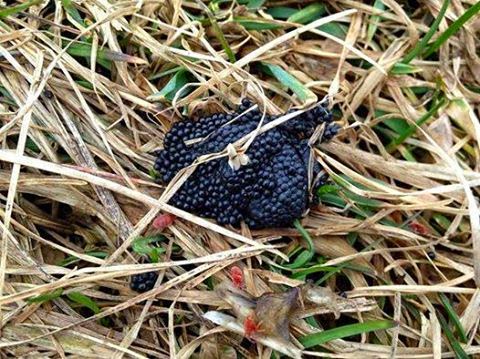 TICK EGGS ( if you find this on your property burn it)


Ticks are here earlier this year.
“Typically ticks — the nymphs — start coming out in early May,” says Richard Horowitz, MD, tick-borne disease specialist and author of Why Can’t I Get Better? Solving the Mystery of Lyme & Chronic Disease, tells Yahoo Health. "But patients are already coming in this year with tick bites, several weeks early.“

The reason: The packs of snow acted as a "blanket” for the blood-sucking insects, insulating and protecting them from the cold. Beneath the snow, ticks aren’t exposed to wind and other adverse weather conditions, and the temperature is much more stable throughout the day and night than at the surface, according to Bennett Jordan, PhD, entomologist and staff scientist for the National Pest Management Association. 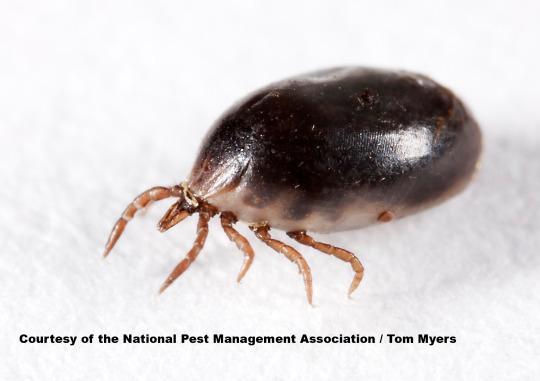 The black-legged deer tick is a transmitter of the Powassan virus. (Photo: Tom Myers/National Pest Management Association)
“Also working in their favor is the fact that many tick species possess physiological mechanisms that either help prevent freezing or allow themselves to freeze without any ill effects,” he says.
And that means there could be more of them, too.
“Those that research ticks point out that, anecdotally, there are usually greater populations of ticks following winters with a lot of snow,” adds Dr. Jordan, “but that there is other factors in play that can strongly affect populations. Additionally, the weather for the rest of spring and summer can play a large role in what happens to tick numbers. For example, an extended drought this summer could significantly reduce tick populations. ”
Ticks are also traveling — to urban areas.
Think you’re safe from tick bites —and the diseases they carry — because you’re not planning on camping or hiking anytime soon? Think again. People are building homes closer to wooded areas where ticks generally live, but they also attach to host animals like mice, rats, deer, and birds.
“Ticks are not highly mobile on their own and don’t have wings to cover a lot of ground,” Dr. Jordan tells Yahoo Health. “Instead of actively seeking hosts afoot, ticks will engage in a behavior called questing in which they climb up to the top of a blade of grass or leaf and wait for an animal (or person) to brush by. When this happens they will grab on.”
These rodents and small mammals then make it onto the streets of urban areas, increasing the chances that one could eventually find — and bite — you.
Ticks carry more than just Lyme disease.
And that’s the concern: Ticks spread a number of diseases that can cause serious problems in the body. One of the most well known is Lyme disease, which is carried by deer ticks and can cause chronic autoimmune problems if left untreated, according to Dr. Horowitz. Researchers in Connecticut have also found Powassan in area black-legged deer ticks. Though the virus is rare, Powassan can lead to encephalitis, an infection of the brain that causes swelling and extreme inflammation, along with meningitis, according to Amesh A. Adalja, M.D., a board-certified infectious disease specialist at the University of Pittsburgh Medical Center. Then there’s Babesia, an illness caused by a malaria-like parasite transmitted by infected black-legged deer ticks that can cause extreme sweating, muscle aches, migraines, fatigue, and nausea.
If wasn’t enough, ticks can carry more than one virus at a time, according to Dr. Horowitz, and symptoms might not show up right away, if at all. Only 25 percent of Lyme disease patients get the classical bull’s-eye rash, says Dr. Horowitz. “Some just look like regular rashes.”
Here’s how to protect from tick bites.
Ultimately, prevention is your best bet to avoiding any of the problems that come from tick bites. Full-body tick checks are the best way to quickly locate any ticks that may have found their way onto you, according to Dr. Jordan.
“The old notion was to remember to always check yourself thoroughly after spending time outdoors, especially if you were out among tall grasses and vegetation,” he tells Yahoo Health, “but with the increased reported tick activity around some urban areas, you should be extra cautious even if you don’t think you were in a tick habitat.”
Remember that ticks typically get onto your body somewhere near your shoes or pants, but they often climb up once they’re on you. Keeping your pants tucked into socks or boots and wearing light-colored clothing when you are in wooded areas makes ticks easier to spot, too.
Wear an insect repellent containing at least 20 percent DEET —though parents should also be careful when using DEET on children, applying it only once daily to exposed areas and avoiding the hands to reduce chances of the chemical getting in kids mouths. DEET is not recommended for babies younger than 2 months old.
Also, use the synthetic insect repellant permethrin on clothes – it’ll keep ticks away for up to two weeks, according to Dr. Horowitz.

If you do find a tick? Use a tweezers or specially designed tick removal tool to remove it. Be sure to get underneath the tick and pull it straight out without squeezing it.
“Otherwise you’re squeezing the bacteria right into your body,” says Dr. Horowitz.
Posted by Unknown at 09:11