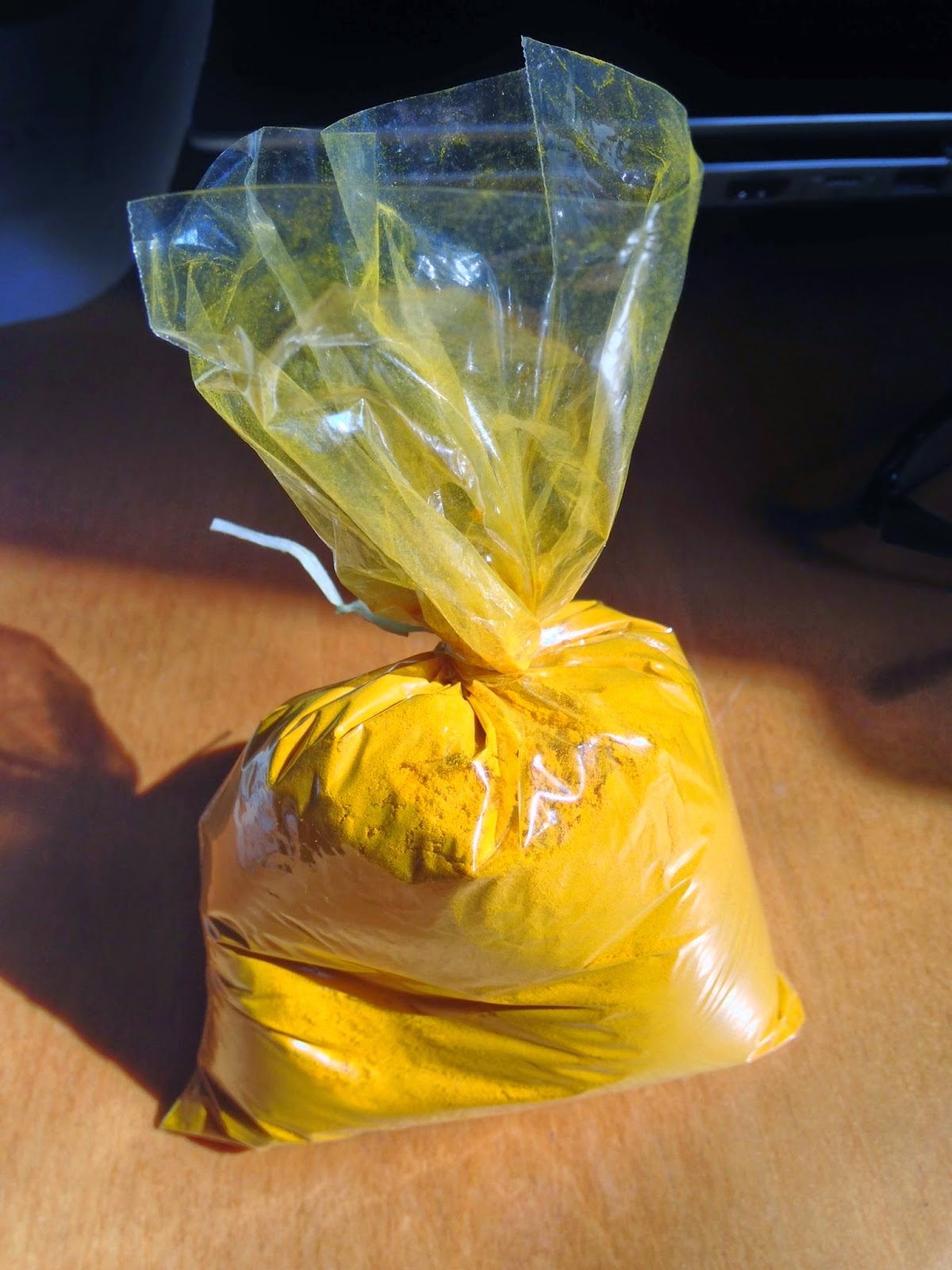 INEXPENSIVE GOLDEN POWDER
This bag of gold helped my Greyhound Emma with her arthritis, just started putting it in her food a 1/4 teaspoon per 10 pounds. I do believed it helped her. Recently I read about another benefit of turmeric so I thought I would add this to this post and repost the article below. Turmeric is also being used to lower your dogs blood sugar and help prevent Diabetes. My dog did benefit from turmeric's anti-inflammatory abilities. I often think it broke the inflammation cycle giving the joints time to recover.

Turmeric, an orange-colored spice imported from India, is part the ginger family and has been a staple in Middle Eastern and Southeast Asian cooking for thousands of years.
In addition, ayurvedic and Chinese medicines utilize turmeric to clear infections and inflammations on the inside and outside of the body. But beyond the holistic health community, Western medical practitioners have only recently come on board in recognizing the benefits of turmeric.
Blocking cancer
Doctors at UCLA recently found that curcumin, the main component in turmeric, appeared to block an enzyme that promotes the growth of head and neck cancer.
In that study, 21 subjects with head and neck cancers chewed two tablets containing 1,000 milligrams of curcumin.  An independent lab in Maryland evaluated the results and found that the cancer-promoting enzymes in the patients’ mouths were inhibited by the curcumin and thus prevented from advancing the spread of the malignant cells.
Powerful antioxidant
The University of Maryland’s Medical Center also states that turmeric’s powerful antioxidant properties fight cancer-causing free radicals, reducing or preventing some of the damage they can cause.
While more research is necessary, early studies have indicated that curcumin may help prevent or treat several types of cancer including prostate, skin and colon.
Potent anti-inflammatory
Dr. Randy J. Horwitz, the medical director of the Arizona Center for Integrative Medicine and an assistant professor of clinical medicine at the University of Arizona College of Medicine in Tucson, wrote a paper for the American Academy of Pain Management in which he discussed the health benefits of turmeric.
“Turmeric is one of the most potent natural anti-inflammatories available,” Horwitz states in the paper.
He went on to cite a 2006 University of Arizona study that examined the effect of turmeric on rats with injected rheumatoid arthritis. According to Horwitz, pretreatment with turmeric completely inhibited the onset of rheumatoid arthritis in the rats. In addition, the study found that using turmeric for pre-existing rheumatoid arthritis resulted in a significant reduction of symptoms.
“Raw is best”
Natalie Kling, a Los Angeles-based nutritionist, says she first learned about the benefits of turmeric while getting her degree from the Natural Healing Institute of Neuropathy. “As an anti-inflammatory, antioxidant and antiseptic, it’s a very powerful plant,” she says.
Kling recommends it to clients for joint pain and says that when taken as a supplement, it helps quickly. She advises adding turmeric to food whenever possible and offers these easy tips. “Raw is best,” she said. “Sprinkling it on vegetables or mixing it into dressings is quick and effective.”
If you do cook it, make sure to use a small amount of healthy fat like healthy coconut oil to maximize flavor.  Kling also recommends rubbing turmeric on meat and putting it into curries and soups.
“It’s inexpensive, mild in taste, and benefits every system in the body,” Kling says. "Adding this powerful plant to your diet is one of the best things you can do for long term health.”